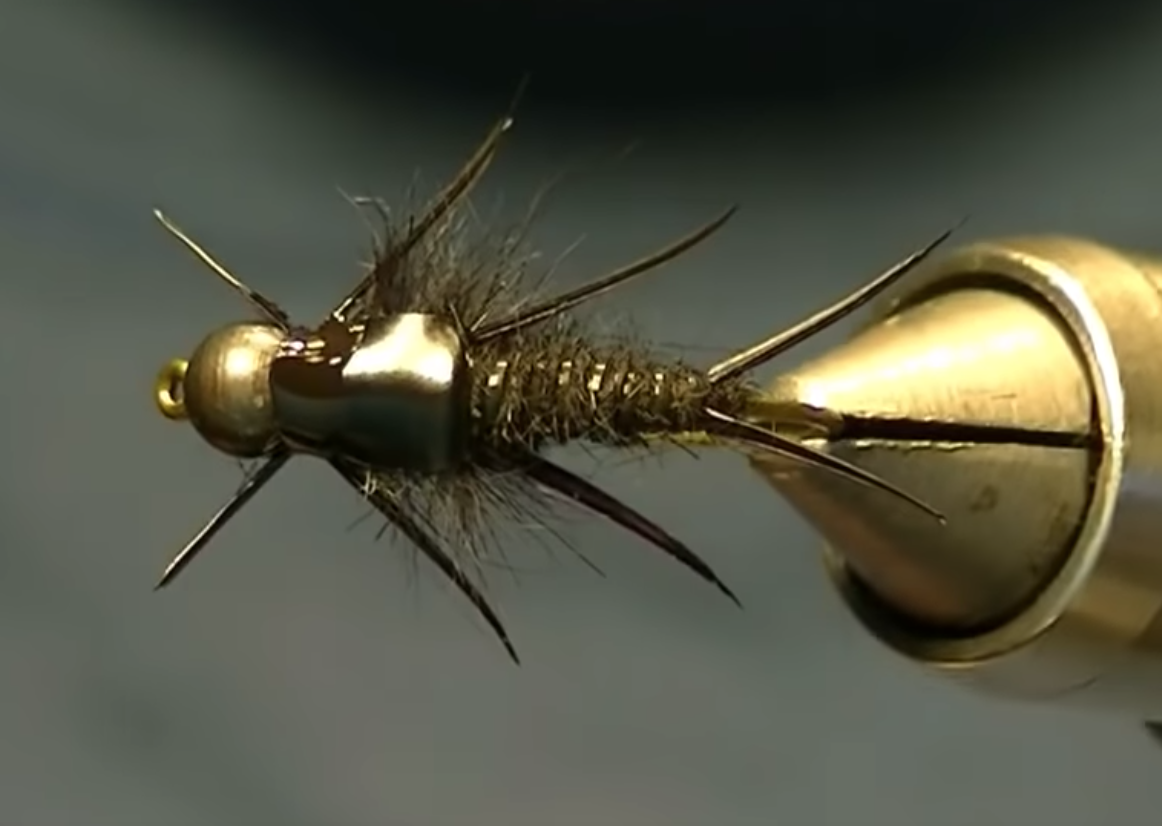 Theo Bakelaar, to this man we owe the catch of large numbers of fish, because it was the pioneer who brought the "gold beads" or "beads heads" to the fly tying world in the eighties and early nineties.I particularly remember that many "schools" recommended building nymphs without ballast, because they behaved more naturally in the water ... the Beads Heads came to break with that concept and the first reactions were of mistrust besides aesthetically were not accepted for many old school fly tiers. The truth is that trout voted for it with thousands of strikes !! And the gold beads or bead heads earned a privileged place in the fly boxes of millions of fishermen and today are an almost irreplaceable building material in many nymphs and streamers.This fly, which I used for over 15 years with great success in the rivers of northern Patagonia, is an adapted version of the Biot Stone Theo Bakelaar version.
Traduction souhaitée?