Notes de l'auteur:
The Elk Hair Caddis brings us into the world of dry flies. Dries are more proportion dependent than nymphs as the proportions affect the way the fly sits on the water. The body taper and diameter, the hackle size and density and the length and density of the wing are all things to keep in mind. Make the body no thicker than one-third the gap width, and tapered from back to front. Hackle that is too large or dense makes the fly appear bigger than it really is. Hackle serves two functions on this fly; flotation and the appearance of legs. Caddis have only six legs so it doesn't take many turns to fulfill this requirement. More importantly, hackle serves as outriggers to support the fly on the surface of the water. Six to eight evenly spaced (palmered) turns of hackle create more than enough surface area while still letting the body shape and color show through. I size the hackle (over the dubbed body) so it is equal to one to one and a half gap widths. If it is too large the fly looks bigger, too short and the fly may float on its side. Flies intended for calm, flat water over selective fish suffice with less hair than the same size fly meant for heavy pocket water. For heavier water, I use as much hair as I can securely attach to the hook (be sure to thoroughly clean all the under fur and short hairs out of the clump before stacking it). As a rule of thumb, the right amount of hair when compressed will be equal to the diameter of the body. There is some room for interpretation in regard to the length of the wing. Anywhere between one and one and a quarter shank lengths seem about right to me. If I make the wing any longer the fly appears too big. I fish the Elk Hair Caddis a few different ways. Dead drifting under bank side vegetation can have great results, and I have found that skittering the fly a bit brings out the predators. It seems as though trout can't resist a bug that is trying to get away and this skittering really rings the dinner bell. One reason caddis are such a staple menu item during the summer months is that trout see so many of them. Caddis fly off to the bushes along the stream bank after hatching and live there for some time. At this point, they become, essentially, a terrestrial insect. Breezes blow these bugs into the water and the trout are on the look out for them. There doesnt have to be an actual hatch in progress to clean up with a caddis. This pattern also has a wide "foot print" on the water. It creates a larger dimple in the surface film that seems to make it more apparent to the fish, so even when they're not looking, the caddis really stands out. For flat water, I often omit the hackle and wire rib on this fly so it will ride lower on the water and create a more realistic silhouette. The Elk Hair Caddis was invented by the legendary Montana guide and fly tier, Al Troth.
Traduction souhaitée? 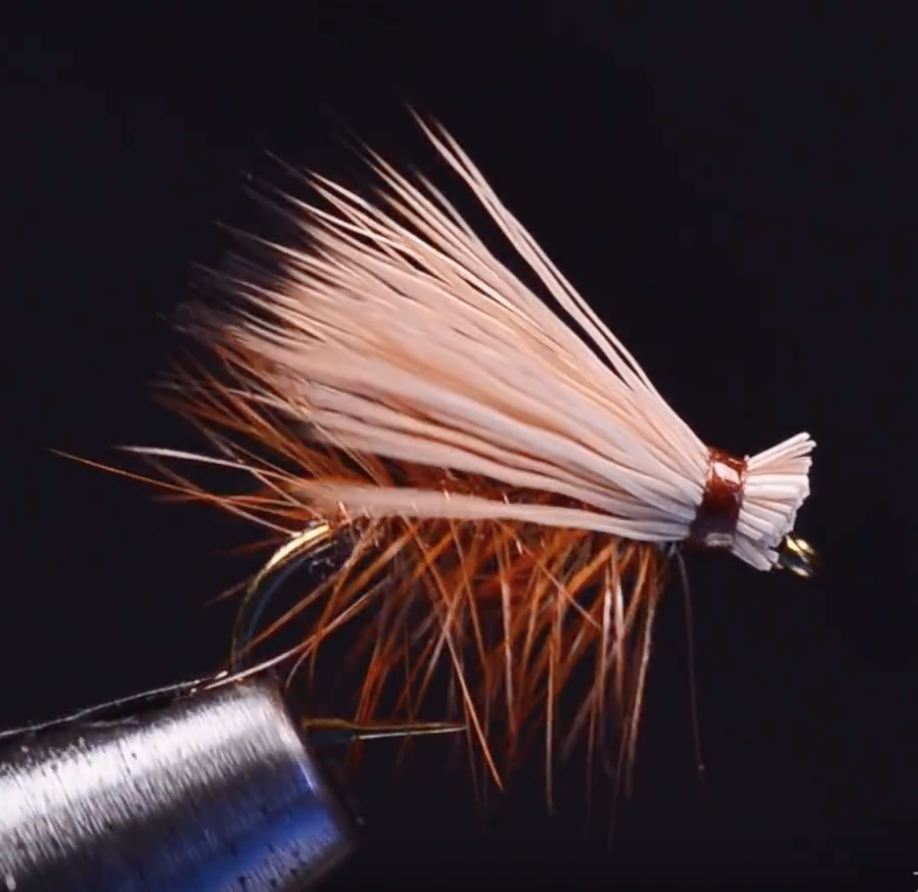